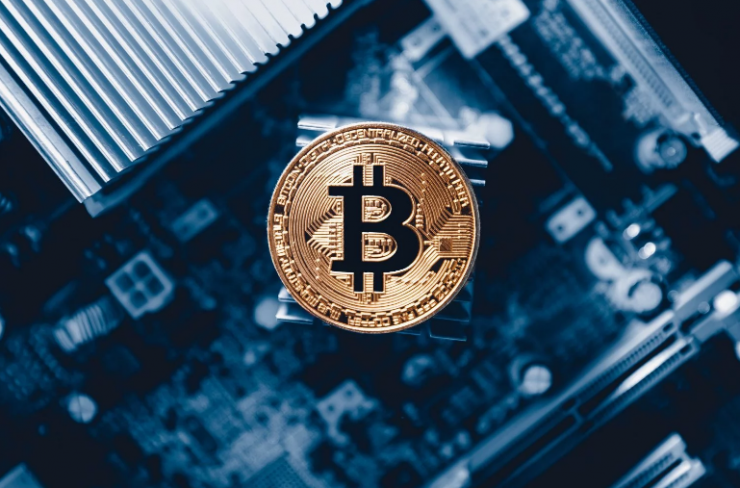 Bitcoin is a combination of several things: a currency, a payment system, and a collection of algorithms and software implementations.

The Birth of Bitcoin

The idea of Bitcoin was created by an anonymous programmer who goes by the name “Satoshi Nakamoto.” The idea came to this person back in 2008, when the world economy was looking at a major recession. Satoshi first registered the bitcoin.org domain name then went on to release a paper about Bitcoin in October of 2008. They wanted to come up with a new currency that held onto the good points of previous currencies – divisibility, portability, durability, uniformity, quality and scarcity.

The first transaction involving bitcoin was reported on May 22, 2010, when a programmer identified as Laszlo Hanyecz said he “successfully traded 10,000 bitcoins for pizza.” As of Dec. 2017, 10,000 bitcoins are worth about $200 million.

Unlike traditional currency, which is controlled by a central authority – usually an arm of the government – Bitcoin is decentralized. Because it operates as a peer-to-peer network, all transactions and verification of transactions are done by various people in the network.

The other thing that sets Bitcoin apart from traditional currency is the fact that it’s virtual. That is to say coins and paper money aren’t produced to represent the value. Instead, all bitcoins exist in virtual space. This means you can’t go to an ATM and withdraw physical money. Some people have created unofficial physical representations of bitcoins, but first and foremost, Bitcoin is virtual.

Because only 21 million bitcoins will be created, BTC has scarcity, unlike traditional currency that can be printed when governments decide to print more. To spread out the creation of bitcoins being released into the world, the number that are created by “mining” will half every four years. This means that people will still be able to create them until the year 2140. At that time, no new bitcoins will be created and the existing stockpile will enjoy the benefits of scarcity – i.e. becoming more valuable.

Bitcoin has a lot of positives and negatives attached to it currently. Because it’s decentralized and generally has low fees for transactions, many people are starting to take notice and get excited about this and other cryptocurrencies. Another thing to note is that some people worry about who controls the Bitcoin network. The reality is that because it uses peer-to-peer technology, no one can own the Bitcoin network. This may seem scary to some while it’s revolutionary and exciting to others.

How does bitcoin work?

Bitcoin is made possible by a combination of software and network technologies. A program called the Bitcoin client simultaneously manages and helps you spend bitcoins. This program maintains a long ledger called the blockchain that holds every transaction confirmed by the Bitcoin network.

The Bitcoin network, consisting of thousands of machines running the Bitcoin software, has two main tasks to accomplish. One is relaying transaction information and the second is verifying those transactions to ensure the same bitcoins cannot be spent twice. The first task is accomplished easily due to the fact that the Bitcoin network is operated as a peer-to-peer network. After all, sharing data is easy. By operating on many nodes across the globe, the network ensures it will operate as long as it provides a useful service.

The second task is a bit more complicated and is solved through what I consider to be Bitcoin’s key innovation. This development, a process called mining, is carried out by computers running mining software.

A single bitcoin varies in value daily. There are more than two billion dollars worth of bitcoins in existence. Bitcoins will stop being created when the total number reaches 21 billion coins, which will be sometime around the year 2040. As of 2018, more than half of those bitcoins had been created.

Bitcoin currency is completely unregulated and completely decentralized. There is no national bank or national mint, and there is no depositor insurance coverage. The currency itself is self-contained and uncollateraled, meaning that there is no precious metal behind the bitcoins; the value of each bitcoin resides within each bitcoin itself.