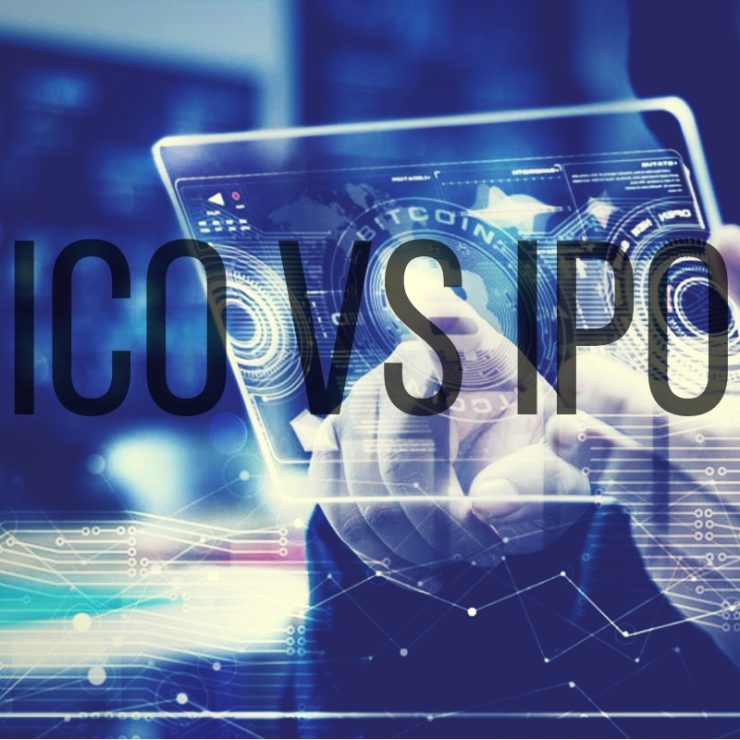 Nowadays, we  hear about  ICO and IPO very often. Although the names ICO and IPO sound similar there are many differences between them.

The Initial Coin Offering (ICO) is a type of funding using cryptocurrencies.  It is a way of crowdfunding for the startup companies, which includes creating and selling tokens to fund the start and the development of a project. ICOs are connected with the blockchain technology.

The Initial Public Offering (IPO) is an approved process leaded by a private company in order to grow and become publicly traded.

ICO vs IPO. What are the main differences between them?

There are some requirements that a company must accomplish in order to list its shares via an IPO. This involves having a track record of earnings, and it should be confirmed by a professional accounting firm. In the ICO process, companies do not have to have a track record or any regulatory framework.

The IPO process longer process than ICO process, it can take up to 6 months, because of the requirement of legal processes, but the ICO process depends on the nature of the project. When a company issues white paper and a smart contract, they can start with the crowdsale. The duration depends on the project and its maximum hard cap, and it usually takes up to 1 month.

When a company wants to issue an IPO the document is the legal declaration that has to include key information about the company and the IPO, and must meet some standards of transparency.

ICOs are not limited with any legal document. They have a document in the form of a white paper where everything about the project and its purpose is explained. But, it is important to mention  that ICOs don’t have to create a white paper, while IPOs must have the prospectus for successful operation.

IPOs are directed only to the institutional investors such as banks. There is a little part of the whole process that is oriented to the retail investors. On the other hand, ICOs are opened for anyone. All you need to have is a currency of Bitcoin or Ether which you will convert into the token of the particular ICO.

Although ICO and IPO sound as a similar processes, the reality is different and they are extremely separated.                  However, both of them are well-promising processes that can lead a company to success.

Educational websites that you need to go...

If you want investing in cryptocurrencies  and understand what you are doing you should definitely visit these pages...