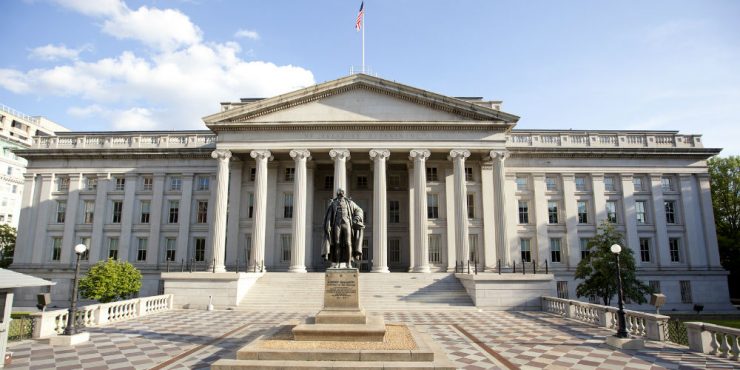 US Treasury: we will not issue digital currency in the next five years

America is not developing its own cryptocurrency, US Treasury Secretary Stephen Mnuchin said during a hearing in Washington. He noted that its release will not take place either in the near future or for five years, reports Bloomberg.

“Chair Powell and I have discussed this — we both agree that in the near future, in the next five years, we see no need for the Fed to issue a digital currency,” Mnuchin added.

The head of the department said that he is not worried about Facebook developing his payment system. However, the possibility of money laundering and terrorist financing using the Libra stablecoin should be excluded, the minister emphasized.

Earlier, US Federal Reserve Chairman Jerome Powell said that the agency is actively monitoring the activities of other countries in the development of digital money. According to the politician, before undertaking the creation of a national cryptocurrency, it is necessary to prevent operational risks, such as possible cyber attacks and a threat to financial stability.

For the same reasons, yesterday, December 5, the European Union banned the use of stablecoins, such as Libra, on its territory. On December 4, the head of the Central Bank of France, François Villeroi de Halo, announced that the authorities will begin testing their national digital currency in the first quarter of 2020. And on November 26, the Vice President of the European Commission Valdis Dombrovskis announced that the EU will launch a single digital system by the end of 2021.